Written by Warren Foushee
Updated over a week ago

On the Dynamic Report, if you click the 'Change Type' and in the drop down select 'Horizontal Bar,' you'll see three options: Ranking, Percentages, and Raw number.

Most clients are mainly focused on the ranking metric.

Percentages = the percent of people who ranked that option at all.
(For example, if 77% of respondents ranked an option somewhere on their list, conversely, that means 23% of respondents did not rank it at all)

Raw number = the raw number of people who ranked the option at all.

Now, let us look at rankings and percentages in more detail, using a real-world example.

First, pull up a dynamic report and scroll down to a question from which you wish to view the rankings, percentages and raw numbers.

Below is an example: “Please rank the following transportation improvements in the order that is most important to you.” 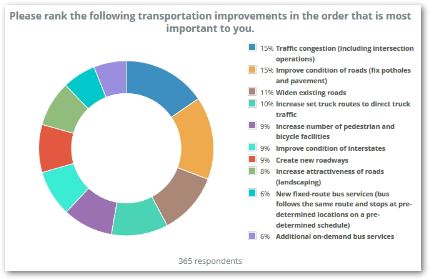 Hover your mouse over the question and a number of options will be displayed above the question. Click Change Type. 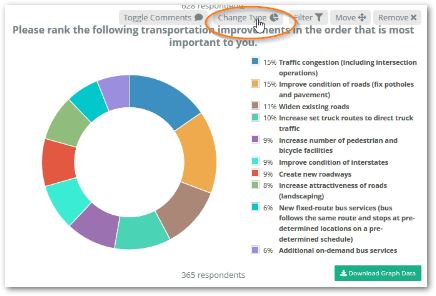 In the Edit This Insight popup, you can select a new Chart Type from the drop-down list.

In this scenario, select Horizontal Bar and then click Save Changes. 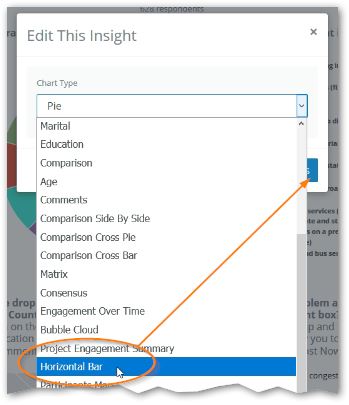 This will convert the data and display it in a new chart format, that of a Horizontal Bar instead of a Pie Chart, showing rankings, percentages  and raw numbers. What can we learn from this chart type? 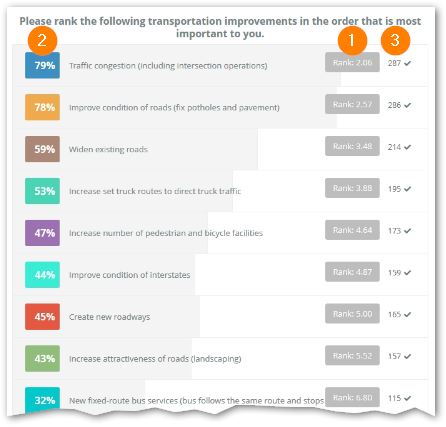 We hope these figures will give you more insight into the reports you generate.

Did this answer your question?